SAMAVAYO have found their way and are now an excellent name in the lively scene between Heavy, Stoner and Psychedelic Rock. Now they pull new cards out of their sleeves with “Vatan”. Fresh, contemporary, heavy, progressive, grooving. An album that can surprise and shows the band at their peak and at their best.
SAMAVAYO have reinvented themselves on the album without giving up their strengths. Textually profound and politically motivated, current, almost daily political issues are taken up. It is not only in "Children of Kobane" that political interest and commitment are very important in the band around frontman Behrang Alavi.
An exciting, surprising and incisive album that also shows its class in the many details. SAMAVAYO truly deserve to be added to the established names of the genre.

The title song "Vatan" is not only striking because of the Persian lyrics - a poem by the Iranian writer Simin Behbahani, which deals with the concept of home - but also because of the oriental influences in song and melody. An element that was also presented on the previous album and is continued here.
"Prevarication Nation" is a complex Prog Metal behemoth, psychedelic, heavy and intricate. "Sirens" also has progressive influences, tribal-like rhythms, but skilfully celebrates the Godfather of Metal and Prince of Darkness without being considered a Sabbath clone. 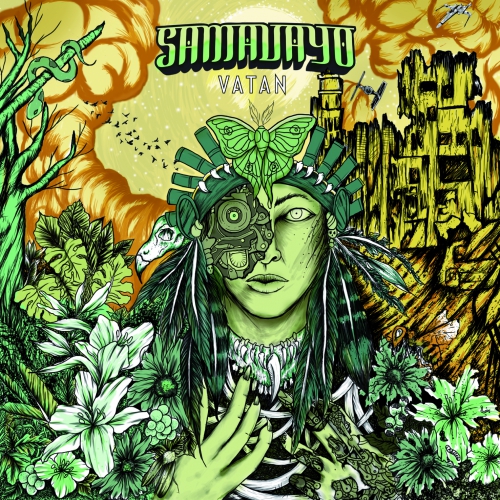